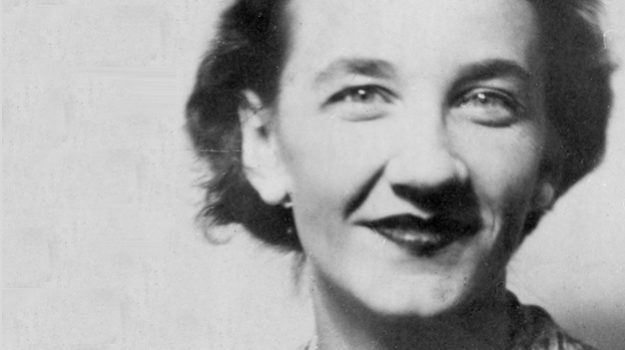 Emma Woikin was born on 30 December 1920 in Saskatchewan. She moved to Ottawa in the early 1940s and was appointed to the Cipher Division of the Department of External Affairs in 1944 (the minister at the time was none other than the prime minister, Mackenzie King). Woikin was targeted by a Soviet diplomat and confessed to the espionage commission that she provided confidential information from the Cipher Division to the Soviets. When arraigned on 4 March 1945, she pled guilty to violating the Official Secrets Act and was sentenced to two and a half years.

In her testimony before the espionage commission, Woikin detailed how and why she began spying for the Soviets:

“Q: Not what you did, what did you say (to Major Sokolov)?
A: I said I would help him.
Q: He asked you whether you were willing to give information which would be of interest. Of interest to whom?
A: He said the Soviet Union.
Q: And you accepted that?
A: Yes.

Q: And you accepted that?
A: Yes …
Q: Then would you etc.
Q: Then would you explain why you were willing to do what Sokolov asked you to do.
A: Perhaps it is because I have a feeling of love for that country. Perhaps it is because we think that there is – we may be wrong or we may be right – but there is hope for the poor or something.
Q: If I understand what you mean, it is that you were sympathetic with the Soviet Union?
A: I don’t know why, but I did.”

Emma Woikin was one of the first to be selected for interrogation and was released by the commission with three others on 4 March 1946. At her bail hearing, she pled guilty, declined access to legal counsel, and made no attempt to defend herself. Although there is no evidence of physical intimidation on the part of the RCMP, she was clearly traumatized by her detention. A report on the commission’s activities, prepared by the Ottawa Civil Liberties Association, described her behaviour in court:

“She wore no hat and her hair looked as if it had not been combed for days. I can only describe her in one way. Recently a friend of mine was in a terrible motor accident and when I saw her in hospital she was in a state of shock. Emma Woikin looked and acted in the same way – she was ‘in shock.’ The first charge against her was read. In a flat, unnatural monotone, Mrs. Woikin said ‘I did it.’ The magistrate interrupted to ask her if she wished to be represented by counsel. She merely shook her head and repeated over and over, ‘I did it.’ He asked her if she understood what had been said. He told her this was a serious charge and she was entitled to have a lawyer or ask for a remand. She shook her head and said, ‘I did it’ to everything that was said to her. The clerk asked her to plead guilty or not guilty. She replied: ‘I did it.’ The magistrate tried to explain that she would have to offer a plea one way or another. She kept on repeating the same three words. Finally he was able to get through to her, and she said, in a voice that scarcely could be heard: ‘I did it. I’m guilty.’”

The espionage commission’s report states that

“Emma (Gruna) Woikin was born December 30, 1920, at Blaine Lake, Saskatchewan of Russian Doukhobor parents. She applied in 1943 in Saskatchewan for a position in the Civil Service, and there wrote and passed the examination of the Civil Service Commission for a position as stenographer Grade I. She was at that time a widow and spoke Russian as well as English. On 10th September, 1943, she was appointed by the Commission to a position with the Passport Division of the Department of External Affairs, and began to work there on September 28th. She was transferred to the Cipher Division on February 15th, 1944, as a cipher clerk, remaining there until she was retransferred back to the Passport Office in September 1945, after Gouzenko made his disclosures, and she continued to work as a clerk in the Passport Office up to the date when this Enquiry was begun. In March, 1944, Woikin had already applied to the Government to be sent abroad to Russia as a typist in Government service. She was in a position therefore to make disclosure of the contents of telegrams received and sent by that Department, as well as something of the secret cipher system itself, with which she had to be familiar in the discharge of her work. The materials which Zabotin wired to Moscow on September 5th, 1945, were all telegrams received in Ottawa between August 15th and September 1st, 1945, so that Zabotin in this instance at least, was receiving reasonably prompt service.
On entering the public service Emma Woikin took the required oath of secrecy and allegiance. She explained that her method of operation with respect to the disclosure of cables coming into or going out of the Department was to memorize the contents of any document she thought would be of interest to her Russian employer and commit it to writing in the room where she lived. She would admit having disclosed information to the Embassy on only three occasions in addition to that of August-September, 1945. She says she commenced these operations during the summer of 1945, but, as shown by the Embassy mailing list of January 5th, 1945, she had commenced at least by ‘November-December’ of 1944. She admitted that her disclosures were not limited to telegrams she herself deciphered but that they extended to telegrams deciphered by other clerks in the Division.
She objected at some length to being obliged to disclose the name of the person to whom, on behalf of the Embassy, she communicated the above information, but finally stated it was Mrs. Sokolov, the wife of Major Sokolov. According to the evidence, she met Sokolov at dinner in the spring of 1944 at a private house in Ottawa where she had gone with a group of friends from Montreal who were engaged in putting on a concert that evening under the auspices of The Federation of Russian Canadians. She professed to know most of these people from Montreal only by their first names, but she says she knew them better than the Ottawa people who were her hosts at dinner. We mention this only as it indicates in some slight degree the same element of secrecy and reluctance to disclose names displayed by many of the witnesses who were called before us, as to the membership in study groups or the persons with whom they were associating.”